What is an otaku? In Japanese, it’s a term used for several things, but is most commonly associated with a person who’s a total rabid fan of something—like anime and manga. That’s the definition I’m using. 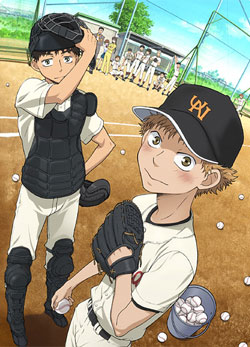 So why anime? What did it do to me? What’s the big deal? What’s with the huge eyes and tiny mouths anyway?

Anime, or Japanese animation, is a huge driver in Japanese pop-culture. I happen to love it because of the artwork and most of all the characters and amazing storytelling—you’ll find stories you’d never imagine in western animation.

What did becoming an otaku do to me? Well, when I picked up and watched my first anime (Gravitation) in 2004, little did I know the effect it would have on me. One thing lead to another and now I have a huge collection of books, DVDs, Blu-ray discs and other ephemera, and—more importantly—it lead me to begin studying Japanese and Japan much more thoroughly. It truly changed my life, and very much for the better.

How I look at Anime and Manga

I think I should take the opportunity here to discuss how I look at Anime and Manga, and just what it means to me. I specifically want to talk about two things that define how I review, enjoy and feel about it.

The Dubs vs. Subs Debate

This is something that I always find a bit distressing, annoying and sometimes amusing about the anime community here in America—how much they argue about whether it’s better to watch anime with the original Japanese audio and subtitles or English dubs.

I happen to enjoy dubs, and think that they are crucial to enabling a broader acceptance of anime here in the USA. I am, after all, a native English-speaking American and that’s how I best comprehend things.

I happen to enjoy dubs, and think that they are crucial to enabling a broader acceptance of anime here in the USA. I am, after all, a native English-speaking American and that’s how I best comprehend things. People who constantly knock dubs and berate the voice actors’ performances are doing a disservice. Frankly, I think that “Subs-only” geeks are like those people who talk about how they see foreign films with subtitles because they think it makes them appear intelligent. They like to hear themselves talk and feel smugly superior. I’m also interested in doing voice work, and no dubs would mean no work.

Remember: anime is what got me studying Japanese, so it’s not like I never listen to the original Japanese—I do quite often, in fact. But it also gives me a completely different feel for a show—almost like it isn’t the same program. I also get that feeling if I watch without the subtitles and only listen to the Japanese dialog. I guess it’s because I’m exercising different areas of my brain during each activity. 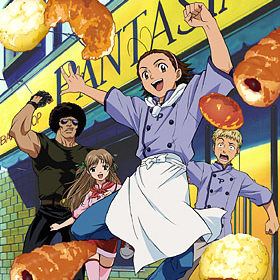 When it comes to purchasing a show, I look for dubbed shows first. I actually feel that if I’m purchasing a series that is Subs-only, it’s like I’m only getting half the value for my money. Of course, I’d rather have a show without a dub than have no way of watching it at all, so Subs-only isn’t generally a showstopper for me.

But regardless, I typically prefer dubs, and there’s nothing you can say to convince me there’s anything wrong with that.

The optimism part comes from approaching each story and series with a fresh mind and the attitude that this program was presented to showcase the talents of the creators and tell an interesting story (oh yeah—and probably make money too).

I’m a “glass is half full” kind of person, and expect that there will be something good in everything I watch.

This is why you might judge my reviews and comments as being overly rosy, charitable or otherwise positive. Too bad—I’m a “glass is half full” kind of person, and expect that there will be something good in everything I watch. I guess it also comes from the Japanese cultural influence of not wanting to say anything derogatory in public about things (tatemae). By the way, I think that’s also a huge problem in the Internet age where people feel like they can say anything they want in blogs, emails and postings—things they’d never say in a million years if they were face-to-face with a person (but I digress…). It’s very seldom that I watch an anime that doesn’t have something good, entertaining or interesting in it.

Having said that, there are places where I draw the line. For example, I absolutely detest programs that are about nothing but non-stop, gratuitous violence. I actually gave a chance to Hellsing Ultimate at an anime con once and was completely revolted after the first 5 or 6 minutes—luckily I had my iPod with me which I turned on, closed my eyes and tuned out for the rest of the screening (I was there early to try and get a good seat for the screening of Fullmetal Alchemist, The Movie: Conqueror of Shamballa which followed right after).

Another thing that I find particularly disturbing are the shows with non-stop fan service—girls with breasts larger than their heads, overly suggestive poses, etc. I happen to find it incredibly annoying in some shows when, in the back of your head, you’re constantly wondering when the next gratuitous pantie shot is going to pop up on screen, ruining the flow of the story. I don’t think this is because I have some overly-puritanical outlook on life, it’s just something I find irritating and unnecessary (though I suppose that’s how they are able to sell their shows to hormonally-charged yet socially-challenged otaku geeks). 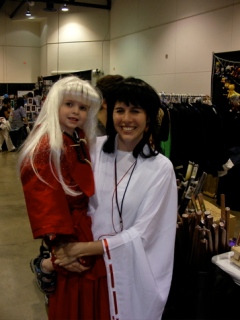 Sometimes I watch anime purely for its “historical value” to the genre, because I think a director/creator/program is underrated, or to explore something new in style or story. I also tend not to jump on the bandwagon with whatever is popular—for example, I didn’t think much of Bleach (I liked Shakugan no Shana better) and sometimes I feel like if I see another chibi cosplaying Naruto or Sasuke at a con I’ll go postal. I’m not saying I don’t like Naruto, it’s just that I’m not all dippy about it. And could somebody please tell me exactly what’s so special about Melancholy of Haruhi Suzumiya—especially at Bandai’s outrageously jacked-up prices? Sometimes I think I’m some kind of Luddite, never wanting to go along with whatever is most popular simply on principle. I really prefer to find the gem-like stories and underrated titles—and you’ll see that reflected in my lists and reviews.

So there you have it: some of the things I think about when I read and watch. I’ll probably come back here from time to time and add new stuff as my thoughts and tastes evolve. But thanks for reading this far!